Little to boast about

As Khagendra Thapa Magar yesterday became the world’s shortest man at 67.08 cm, it is worth reflecting that he is still a good twice the size of the world’s largest penis — that of Jonah Falcon, which stands erect at a mere 34 cm. Towering over Falcon’s member, Magar powerfully demonstrates once again how — for all our obsession with outliers in all and any field — our basal run-of-the-mill commonality as a species is such that we still fall well shy of numerous significant potential anatomical landmarks. It has effectively taken homo sapiens 200,000 years to record scientifically a man-to-cock best size ratio of 2:1. It seems unlikely parity will be achieved before some major astronomical or meteorological event intervenes. 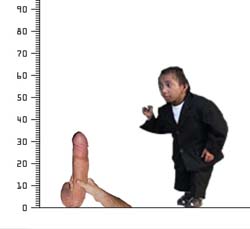 Magar and Falcon to scale 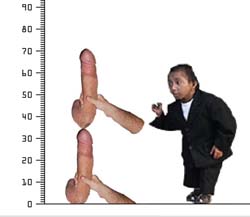