There is a scandal raging in Amercian sports circles at the moment because the basketball player Kevin Garnett allegedly told the basketball player Charlie Villanueva that he looked like a ‘cancer patient’. Now, this was during a heated moment in the game where players trash talk to try and unnerve opponents. In this context, I thought the barb was rather benign and half-humourous. The media world thinks not. Garnett is being attacked from all sides for being insensitive to a tragic community of cancer sufferers. In fact, he was forced to issue this clarification:

“My comment to Charlie Villanueva was in fact ‘You are cancerous to your team and our league,'” Garnett said. “I would never be insensitive to the brave struggle that cancer patients endure. I have lost loved ones to this deadly disease and have a family member currently undergoing treatment. I would never say anything that distasteful. The game of life is far bigger than the game of basketball.”

So, help me here: Am I terrible person for not seeing this as a despicable act? Is ‘cancer patient’ a slur of such hideous proportions that it needs to be policed? 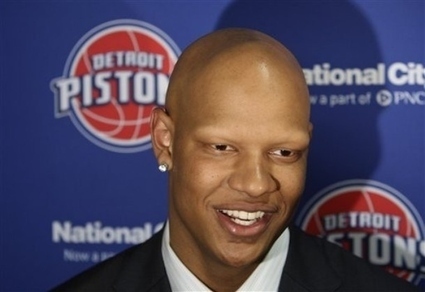