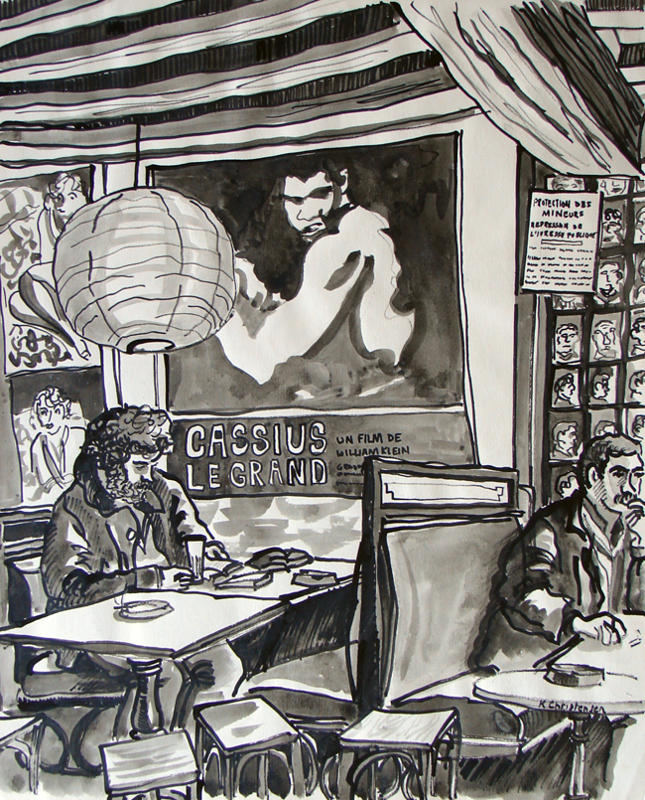 I recently received a note from the California artist Ken Christensen. He spent a lot of time in Paris in the 1980s, including a spell at Shakespeare and Company. He was recently back in the city and was horrified by the transformation of his favourite drinking spot, Polly Magoo’s, from classic Paris dive to antiseptic tourist trap. The new incarnation, he wrote, was ‘a mockery of what it once was.’

Ken kindly passed on a sketch he made of the original bar in 1982. More of his work can be seen at www.kenchristensen.net