UNDER THE GAVEL OF JUSTICE 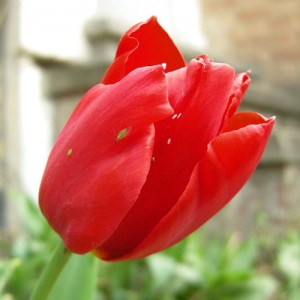 I recently read about a fascinating court case in Kenya relating to a hyena killed by a local family. The deceased beast was awarded legal representation, and indeed his lawyer spoke forcefully and eloquently, winning a ruling that the guilty family pay a number of goats to the hyena’s orphaned young in compensation.

The implications of this are profound and far-reaching, as it suggests a way in which creatures of nature (in this case a hyena) can be given both rights and a voice in a human court of law. Environmentalists have been keen to pick up on this, and to start thinking of it as a model for how other natural world parties suffering harm through human activities may be able to seek redress via existing legal frameworks. If so, activists could not only engage in advocacy, but literally become advocates in a trial of — say — wetland birds vs. an invasive real estate development company. And if legal representation can be extended to hyenas and other wildlife, why not to a river damaged by pollution, or an aggrieved landscape? Would it be possible for the Gulf of Mexico herself, through her lawyers, to sue BP for the oil spill? 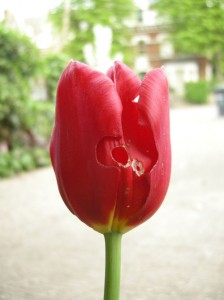 I too was immediately interested in the Kenyan hyena case, though from a slightly different angle. It struck me that if nature and her creatures could take the stand as injured parties, and enjoy full protection of the law, a necessary corollary would be that they could also transgress against it, and therefore themselves face trial. This revelation … was immediately pertinent to my situation as at present I am suffering a series of vicious attacks upon my tulips from a gang of green bugs. The voracious bugs have so far eaten clean through two petals, as well as taking sizable bites out of several others (see photo evidence).

This afternoon I spied a bug strutting cockily across a tulip head, and with the hyena precedent in mind, I avidly seized him and threw him straight in the dock for callous destruction of property. 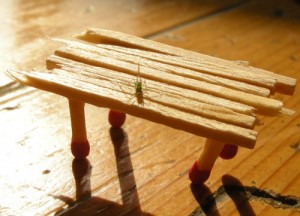 green bug in the dock

The case against the defendant was in truth a little tricky. Given what we had on file, it was going to be hard to prove beyond reasonable doubt that this was the bug that had eaten either of the holes, and without a conviction on that front, it would be impossible to secure a capital sentence. After a little reflection however we elected to prosecute for consorting with agents of malfeasance and possible criminal intent, which carries a much lighter burden of proof. We figured we’d have a high likelihood of winning a conviction with at least custodial implications, and given the comparatively short lifespan of green bugs, there was legitimate hope he’d spend the rest of his days behind bars. 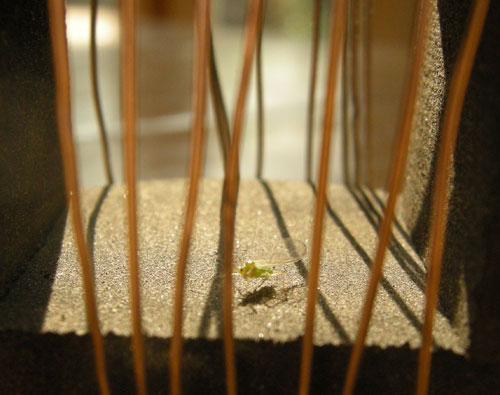 (And yes, I was both judge and jury, because that’s how justice gets done.)

www.adrianhornsby.com
View all posts by Adrian Hornsby →
This entry was posted in Humour, Reflections from elsewhere, Thoughts and ideas. Bookmark the permalink.

5 Responses to UNDER THE GAVEL OF JUSTICE