At Home in the Prison of Song 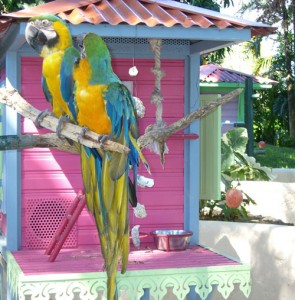 This is a news story, but of the kind the world lets fall every now and then, that read like parables of indeterminable meaning. Here’s the story.

A bird — a parakeet — is found perching on the shoulder of a man in Tokyo. The man is a hotel guest. The bird is not. Or the bird perhaps is — ? The man doesn’t know. He pets the bird. It chirrups. Unsure what to do next, the man walks — bird on shoulder — to reception. Within a hotel, reception is like the government. They set the rules. They know how behaviour is supposed to happen. Within the context of a hotel. The bird is taken to reception, where it is immediately declared a vagrant (a vagabond, a drifter, an itinerant without a wallet, a peddler without a case of goods). It chirrups again, then flies to perch on the lobby chandelier. Reception staff spend the morning in agitated efforts directing bellhops over the bird’s capture. With this eventually accomplished, they call the police. This is a police matter: a vagabond bird. A parakeet. The police collect the bird and take it into custody. A metal wastepaper basket is upturned for a holding cell, and the bird is placed within upon the chief’s desk, where it continues to chirrup and caw, raise one leg and then the other, flick its tail, and squawk. On day two, among the curling notes and whistles of its song, it utters: a piece of language. It recites, to the chief as he trails his pen down the page of a report, an address. He looks at the parakeet, who ducks his head twice, and sings the address again. The words are quickly jotted down, and the bird taken to the named district and apartment. A woman opens the door, and immediately identifies herself as the bird’s owner. The bird is handed over to the woman, who returns it to its cage. “Yes,” she explains, “I taught the bird to sing my address, so that if it ever escaped, it would be brought back. I had lost a bird before — a parakeet — and I was not going to let it happen again.”

How is the story to be interpreted? Is it that the parakeet had made its escape, but found, beneath the wide and wild skies of freedom, that the one song it knew how to sing was in fact the message of its former jailor — ? That its fate was to repeat — haplessly, uncomprehendingly, and to anyone who would listen — the words that would return it to the prison whence it had broken? Or is it that the address in the song, and the cage it implies, should really be understood as home? That without linguistic consciousness, but through the language of song, the bird is really finding its way back to the place of security and ownership where it will be safe, tended to, petted, and loved? Or is it that prison and home, within the story, should be understood as analogs, if not synonyms? The only words the bird has — and even these it doesn’t really have, not as words as such, but only as signifiers within a programme that runs in the basal ganglia of its brain — these words are the address of a place that is both prison and home; both a cage, and a cage in which to be — ? And if so, and if it is indeed a parable, then how are we to feel about it? And what does it say for us? Are we not, in some way, with the programmes in our own brains, wandering the world, chirruping on the shoulders of hotel guests, endlessly and uncomprehendingly repeating the signifiers of an ownership that we at best dimly understand? Are our songs, as we sing them, returning us always to our prisons, which are our homes?

www.adrianhornsby.com
View all posts by Adrian Hornsby →
This entry was posted in Humour. Bookmark the permalink.

2 Responses to At Home in the Prison of Song