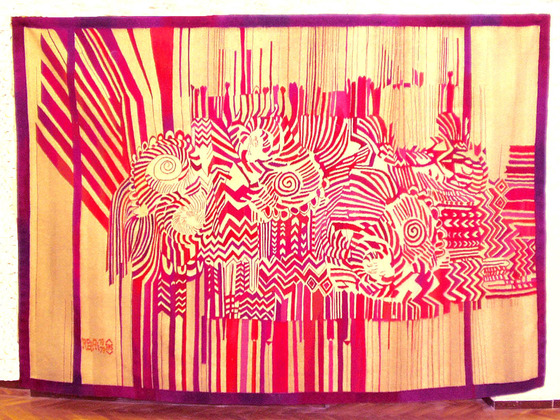 For those who lurked about the Shakespeare and Company bookstore in the early 2000s, Kolya, or Nicholas as many of us knew him, was a familiar face. He was a sans-papiers from Eastern Europe with a entrepreneurial flair that boggled the mind. He devised elaborate hustles to fleece department stores of money, recruiting many an empty-pocketed Shakespearean to abet him along the way. He resold cheap Chinese jewelry to tourists at a 1,000 per cent mark up. He painted henna tattoos on the legs, backs, and breasts of the young and foolish at the Les Halles park for 50 or 100 francs a pop, often using KMZ friends Tom Pancake or Ryan McGlynn as a sidekick. And, yes, suspicions were rife that perhaps he lifted a book or three from Shakespeare and sold them down the road.

Well, like most everybody from that time, Kolya moved on from Paris. He drifted to America where, once again living without papers, he lived for a long time by selling contraband punk rock T-shirts. Now, he has surfaced again with a Kickstarter project that seems to defy logic. Kolya, the man of the thousand scams, has discovered a love for tapestry.

From what we can tell, Kolya hopes to create a series of contemporary tapestries and donate them to modern art museums across the United States. “Coming to America, I was excited to explore native American tapestry as well as contemporary tapestry,” he writes. “[U]nfortunately I was also disappointed that such great tradition was somewhat shunned away by commercialization of the art scene.”

So, now Kolya is asking for $20,000 to make beautiful tapestries. Could it be true? Who knows. Can we at Kilometer Zero assure you this isn’t some elaborate fraud? Not really. But we will say this: One of the greatest artistic talents is simple survival and in that sense Kolya is perhaps the most talented artist we have ever met.

(If you wish, you can visit the campaign page *here*.)

Kolya as we knew him in Paris

1 Response to Kolya Dreams of Tapestry