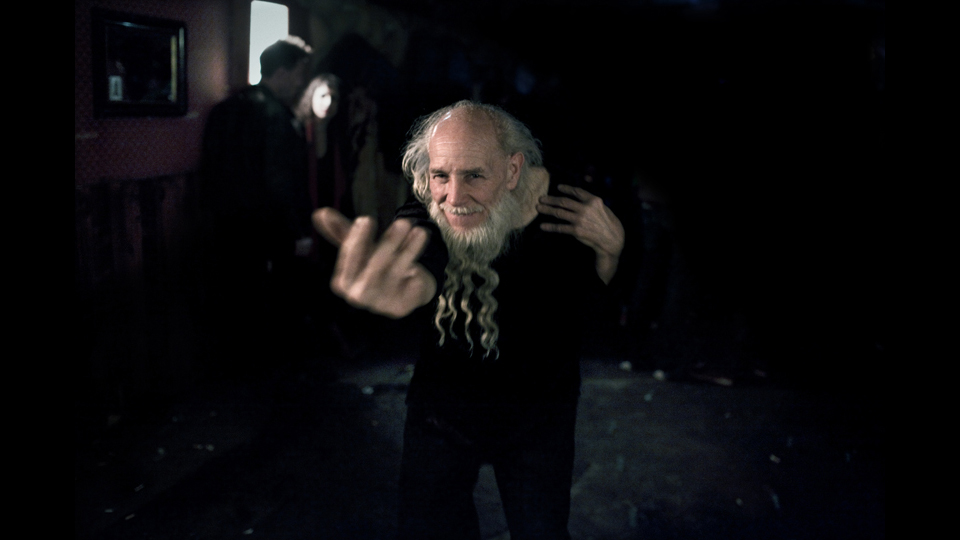 Books have always been comfortable camouflage for me. A novel in your pocket is a superpower; pull it out and you’re transformed from awkward misfit to contented savant. The same goes for a notebook and pen and don’t get me started on the glorious refuge of a host’s bookshelf while waiting for the third glass of wine to kick in at a party.

I’d always thought this façade was unique to book people, or perhaps artists too, who could shield themselves in their sketch pads. But then I met my friend Alisa Resnik. She started carrying a camera not so much out of a love for photography (although that was there, profoundly) but because it was so deeply agonizing for her to interact with humanity. The camera calmed her social neuroses and was a way to connect. “I would never describe myself as a photographer,” she wrote to me. “I just see the camera as an instrument that lets me communicate with people.”

That’s a funny thing about art. You can devote years to study and practice and arrive nowhere. Or, you can grasp at it as an antidote to existential misery and suddenly you are celebrated.

Guess what happened to Alisa?  A friend saw one of her photographs, told another friend who had a gallery, this friend curated an exhibition, etc. etc.. That set of initial photographs of Berlin nightlife went on to win the European Publishers Award for Photography and the accompanying publishing contracts for her book One Another in Spain, Italy, France, Germany, and Great Britain. And then came the media deluge: coverage from CNN,  The International New York Times, The Independent, and on and on. Her work is available on her website if you want to look for yourself.

My role in all this, beyond friend and fan? Alisa asked me to write the introduction to her book. It was an odyssey, for reasons I describe here. Yet even though I had the privilege of introducing her, I couldn’t actually discuss my thoughts about her and her camouflage as she didn’t want to be mentioned in the introduction. (Social neuroses, remember; nonetheless, I slipped in her name once or twice.)  These thoughts were tumbling around for months so I thought I’d share them here. And, besides, it’s a chance to show one of her photographs on the REB.

Jeremy Mercer is an author and translator who lives in in the Luberon with his fiancée, two children, five cats, two chickens, ten fish, and one pregnant dog. He is currently on the market for a cheap horse. More at http://www.jeremymercer.net
View all posts by Jeremy Mercer →
This entry was posted in Beautiful, Thoughts and ideas. Bookmark the permalink.