Years ago, a Japanese inflight magazine did a series of interviews with writers and publishers set up around the idea of fiction vs. non-fiction. One of the people interviewed  was a publisher of delectable art books featuring nature who maintained he published only nonfiction.  But even the most representational of the flower paintings  was not a real flower but a fictionalized version, filtered through the eyes and hands of an artist. The lines between fiction and nonfiction are necessarily blurred. All fiction contains nonfiction and vice versa. There may be absolute truth and objective reality, but surely it is beyond humans in their current incarnation to tell.  We are too biased, too limited, and too easily tricked, even without the wizardry of photoshop. 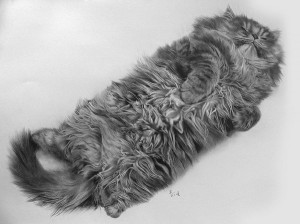 The first is indeed a photograph–of a black and white line drawing by Paul Lung.  Here is another he did. 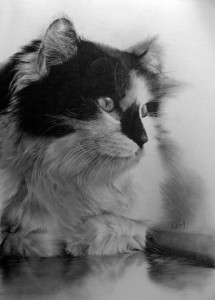 The second is a painting within a photograph. The woman and the furniture have been painted to look like an oil by Alexa Meade, who then photographed the results. 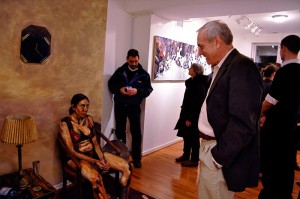 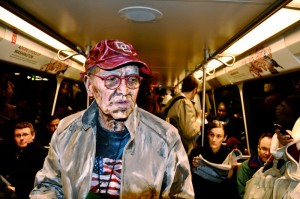 This entry was posted in Beautiful, Interesting. Bookmark the permalink.