Information is Beautiful has a graphic showing just how much more successful Wikipedia’s “personal appeal” banner ad has been over more traditional banners with mere slogans: a lot more. The banner with Jimmy Wales’s grizzly face earned Wikipedia $47,433 per day—fifteen times as much as the next most successful banner, “Admit it- without Wikipedia, you never could have finished that report.”

Wikipedia performed dozens of tests comparing the donations generated by various slogans in different countries and languages, even going so far as to test between familiar and polite forms of personal pronouns (Dutch: jou vs. u). You may find the raw data from Wikipedia’s banner tests useful for your own campaigns. 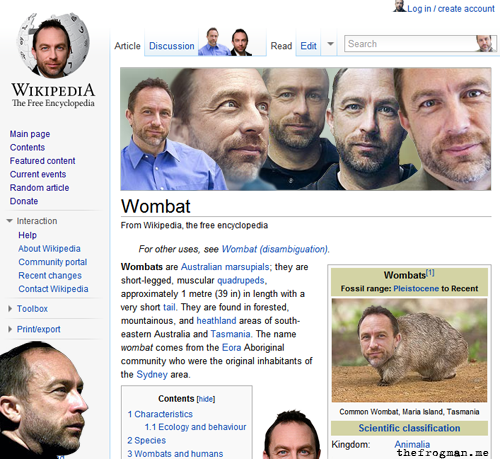 Quinn joined Kilometer Zero in 2001 and is responsible for identifying and glueing together unnoticed tears in reality. He also operates Strangecode and Wheeled Migration from the safety of metaphorical mountaintops.
View all posts by Quinn →
This entry was posted in Reflections from elsewhere, Useful. Bookmark the permalink.