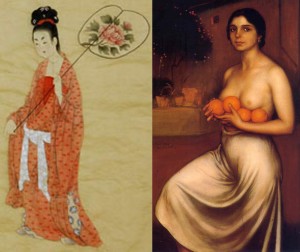 A team of geneticists at the Broad Institute in Cambridge Massachusetts is investigating how DNA differs among human genomes from around the world. Over the course of human history, naturally, different mutations have sprung up in different regions, and became prevalent or not depending on local conditions. Having identified region-specific pieces of DNA, the interesting part is then trying to figure out what those pieces of DNA do.

An example under current investigation is the EDAR370A gene, which is found in Asian people, and is thought to have arisen in China 30,000 years ago. To determine EDAR370A’s thing, the experimenters snipped it out, pasted it into mouse embryos, and waited to see how the mice turned out. They grew up to have END_OF_DOCUMENT_TOKEN_TO_BE_REPLACED

Did I Say The Wrong Thing?

It’s hard not to admire a good simile. They make literature more evocative: ‘Elderly American ladies leaning on their canes listed toward me like towers of Pisa.’ (Nabakov from Lolita.) They add venom to political bite: ‘He looks like a female llama surprised in the bath.’ (Churchill on De Gaulle.) And they help etch the cry for social justice into a nation’s memory: ‘We will not be satisfied until justice rolls down like waters and righteousness like a mighty stream.’ (Martin Luther King, Jr., I Have a Dream.)

Inspired wordcraft such as this is enough to leave you dizzy. But, alas, this is not the time to praise good similes but to bemoan the bad ones.

Anybody who’s spent time in front of a gaping white page knows that expressing oneself in a clear, original, and incisive manner is Herculean chore requiring both persistence and wit. Similes are a particular gamble because a good one can invigorate your work, while a bad one can leave readers unmoved, or worse, wincing. (Would students across America be memorizing King’s speech if he spoke of justice rolling down like a stray tennis ball on a uneven court?) END_OF_DOCUMENT_TOKEN_TO_BE_REPLACED

1.
Q: What did the up quark say to the down quark after the charm quark dumped her?
A: Awh honey, you just gotta muon!

2.
Q: What did the strange quark say to the W boson?
A: Fishfish wibble — I am a teapot!

He dies
Eats a peanut sandwich
Naturally
A man with a severe peanut allergy
It was a kiss of death.
And subsequently kisses him
His girlfriend
Is careful to avoid peanuts

Let’s Have a Christopher Hitchens Christmas

A festive video for your holiday delight why not?

Ain’t No Way To Love Me 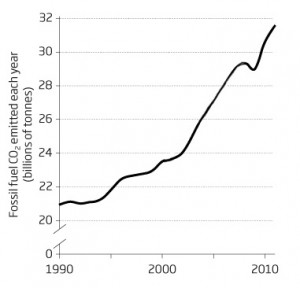 This is a graph showing global CO2 emissions from fossil fuels over the years 1990-2011 (published in last week’s New Scientist). The curve shows a meandering upwards over the course of the ’90s, gathering in force and momentum along the way, and really carving a groove up through the last decade. Around 2008 there was a small hiccup following the financial crisis, but otherwise, the story is largely one of not only rising emissions, but of rising rates of rising emissions. Which is funny, because all this time, the talk — and in ever increasing volumes — has been about END_OF_DOCUMENT_TOKEN_TO_BE_REPLACED 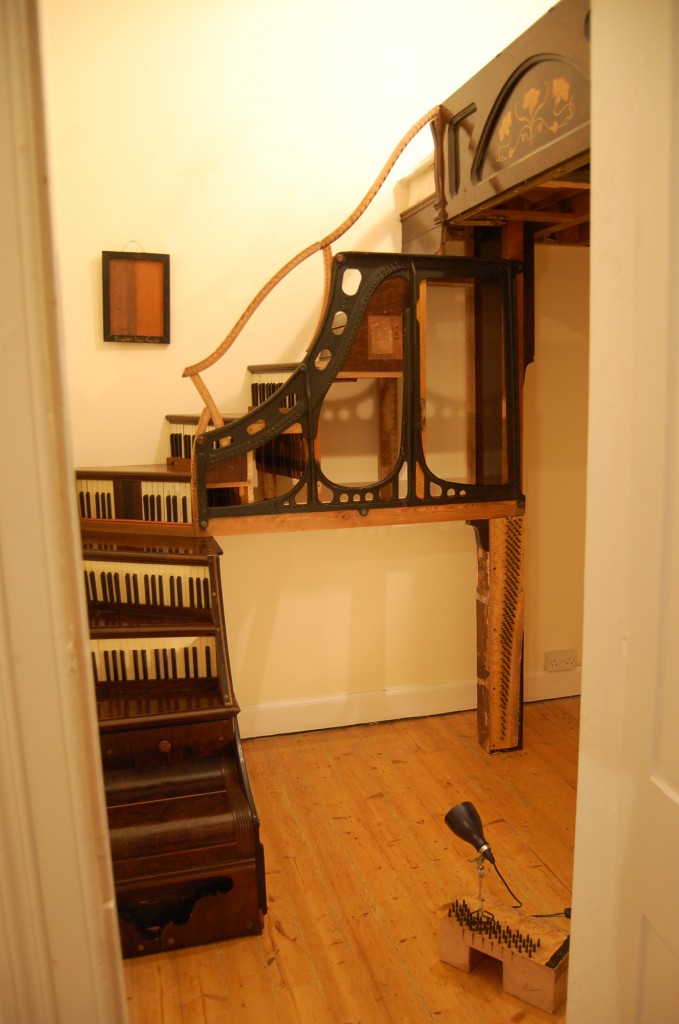 Dismembering them put me in mind of the French restaurant where they kill a cow on the weekend and prepare every part for food. Nose to tail carpentry. The noises that came out of the carcass – END_OF_DOCUMENT_TOKEN_TO_BE_REPLACED

“I like the way you move,” whispered London to Tokyo . “Yeah right,” Tokyo shot back.

Speech delivered at the House of Lords, London, 16 October 2012, for Vision

The trouble is, cities don’t whisper to each other about liking each other’s moves. Quite the opposite — they complain incessantly about congestion. They complain about how blocked up they are, how they need to cut traffic, how difficult transport is to manage, how expensive transport infrastructure is to build, how expensive it is to maintain, how it’s crumbling everywhere …. Once on a roll, they berate themselves further for being massively expensive on all fronts really, as well as being shot through with poverty, riddled with crime, racked by sickness, socially isolating and alienating, and often dirty to boot. The apparently endemic nature of all of these problems inevitably drags on the question, ‘Why build cities at all?’ Certainly governments for the most part have neither liked nor wanted them, and historically have tended to push for the development of towns and smaller cities over larger urban agglomerations. Yet in spite this, and all the costs and problems, big cities continue to mushroom. Why? END_OF_DOCUMENT_TOKEN_TO_BE_REPLACED